How video and data can help you cut your lap times

The goal in motorsports is always to go faster. Many thousands are spent on improving the performance of race cars with better suspension, more power, grippier tyres, or more complex electronics.

However, there is an area which can bring even greater rewards, for less money, but it's often overlooked. This area is driver training. 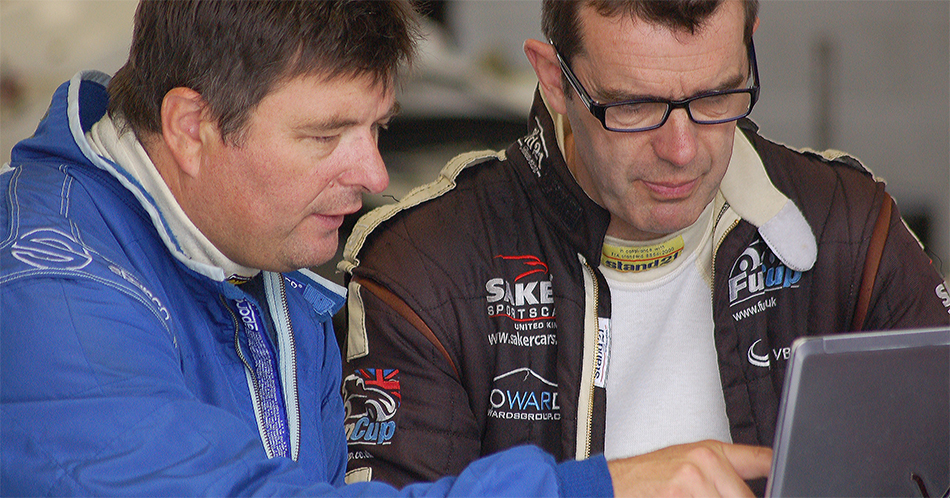 Why is driver training often overlooked?

Race engineers understand the mechanical aspects of race cars, and are therefore happy to invest money in these areas in order to improve performance. However, in a race team, there are very few people who really understand how to drive the car to get the best out of the package. The assumption is made that the driver is in the best position to understand this, and needs no help from the engineers.

Does a driver need help from data logging to improve driving technique?

If his team mate wasn't quicker than him, the engineers would have assumed they were getting the best out of the car. To find 0.5s a lap improvement would cost Red Bull millions of pounds and take a lot of effort, whereas Mark found this time in a 10 minute analysis session.

No! It used to be the case that in order to perform effective driver analysis you needed complicated equipment and specialised training to get the most out of it. However, technology has progressed to the point where the equipment is now small, inexpensive and easy to set up with no beacons required to get lap times. The integration of video and GPS data has made the process of improving lap times much easier.

One of the biggest improvements has been in driver training software. By designing the software to be used by the driver instead of the engineer, the hard work of finding improvements can be done by the computer, which can be presented to the driver in a clear and concise format. Race car data logging is no longer the sole preserve of the specialist data engineer.

So how can video and data actually be used to cut lap times?

The clearest examples come from situations where you have two drivers in a team, and one driver is quicker than the other.

Let’s take a look at some data taken from Misano in Italy (Valentino Rossi’s home circuit!):

After qualifying, the drivers sat down and compared their fastest laps, simply by loading the SD card from their Video VBOX into a laptop setup with Racelogic’s driver analysis software: Circuit Tools.

Based on the GPS data, the software automatically identifies the circuit from a database of over 400 tracks. The fastest laps from each driver were automatically detected and lined up side by side for comparison. 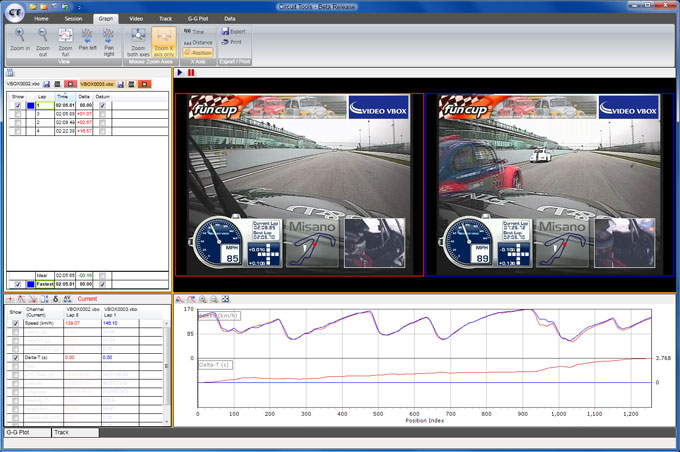 Over the course of one lap, Nigel gained nearly 4s over his team mate. How? 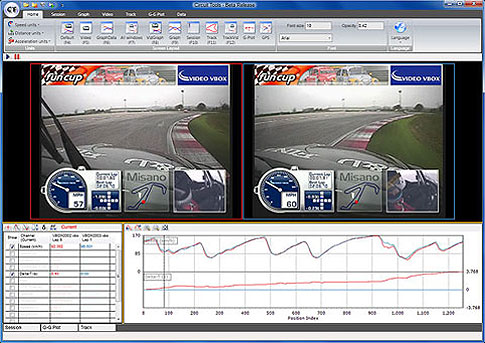 By clicking on the velocity graph, the two videos are lined up at that exact point.

The software does this by using GPS to align the data using position information – which is far more accurate than using distance elapsed, especially around longer circuits such as the Nurburgring.

You can see that Nigel (right) has used more of the track on the inside of the apex. This allows him to carry more speed around the corner, which is worth around 0.5s in this section - as shown by the lap time trace.

As Nigel approaches the corner, he is slightly further over to the right of the track than Dirk, allowing me to carry a little more speed through the corner, making up 0.3s.

Nigel actually misses the apex of the first corner, whereas Dirk is clipping this apex.

They both have the same speed through this section.

No time is lost or gained at this point, but by running much wider into the next corner, Nigel (right) can use more of the track and carry much more speed through the next section. 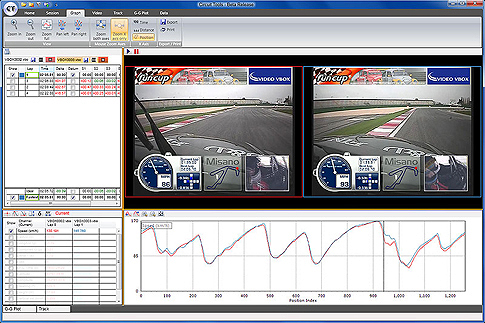 Dirk was treating the two corners as separate sections, using a traditional apex on both, whereas Nigel was combining them into one section.

This meant he could exit the second corner faster and carry this speed onto the next straight. 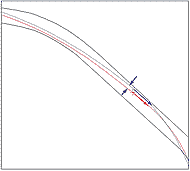 By switching to the track map and looking at the driving lines generated from the GPS data, you can see this different approach. Nigel misses the apex of the curve in order to get much further over to the left for the next right hand corner.

Over this section of two corners, Nigel gained 1.2s over his team-mate. Dirk was able to see this very clearly and take the new line next time.

Without the combination of video, and GPS data, it would have been very difficult to see how Nigel was getting a faster time, as they were both approaching the corner at the same speed. 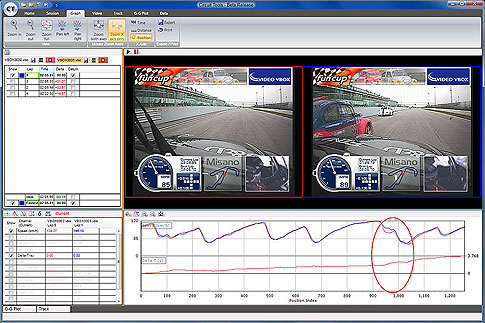 What if I don't have a team mate who is quicker than me?

If you do a number of laps in a session, there will be laps where you really nail particular corners. By picking out all of these best sections and concentrating on what you did, you can often improve your best lap time quite significantly. 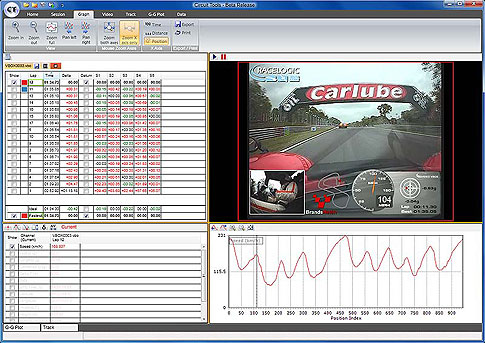 The analysis software makes this very easy to achieve, and can automatically split the lap up into suitable sectors.

By overlaying these sectors you can work out what you did differently and gain significant lap time.

You can also go out and deliberately try different lines and techniques to see if you can find any gains in different parts of the track.